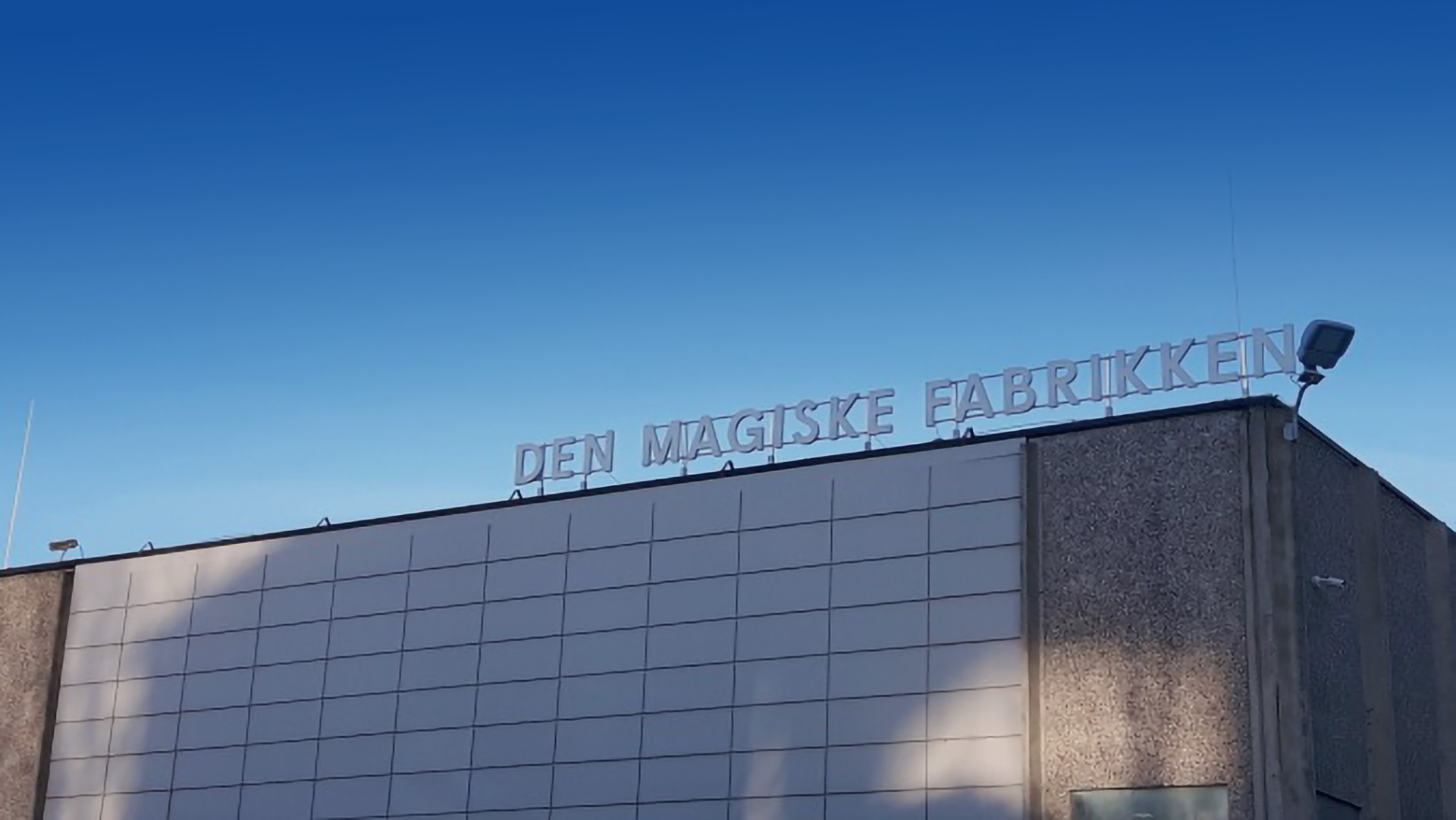 The biogas plant (Den Magiske Fabrikken) in Norway, Tönsberg is unique in its kind and is the result of environmental and target oriented officials and politicians in the areas Grenland and Vestfold. People who early on saw the environmental benefits of building a sustainable infrastructure with biogas.

The plans of a biogas plant started in 2008 with the aim to achieve ambitious environmental objectives. The political support was vital because there was some skepticism if the buses really can or should be run on biogas? The decision of the provincial government, however, was positive. In 2013 the joint municipal company Greve Biogass was founded, which was assigned to secure the local recycling of food waste and sludge of the owners municipalities.

The question was how the biogas should be produced. Ivar Sörby got the mission to convince farmers in Vestfold to leave their manure to the planned facility. The profit for the farmers would be to get natural bio-fertilizer back and be able to stop using chemical fertilizers.

It was a great challenge because it meant building new value chains where everyone in the chain would gain from the deal. Finally the farmers got together and did the economy. A draft agreement was created which everyone signed.

New logistics was also built up for the handling of food waste from local inhabitants and today food waste is largely received from municipalities in the Östland area.

110,000 tons is in total recycled from food waste and manure. It leaves the plant in the form of bio-fertilizer that is returned to the farms and become new food. The gas produced is sold to Skagerrak Natural Gas which owns the natural gas network and the biogas (biomethane) refueling stations for buses and garbage trucks. The natural cycle is closed and many jobs have been created in addition.

It has been incredibly important to create a system that works to dispel the critics.

Today Den Magiske Fabrikken is a national pilot plant which aim high and plan far ahead to be an international pioneer in also using carbon dioxide to the greenhouse cultivation related to biogas production. Also a knowledge and experience center is created where school children and other stakeholders can easily learn in an understandable and hands-on way how the natural cycle works.

The biogas leaving the digestion chambers is upgraded by a Malmberg COMPACT® GR 14R plant to at least 98% biomethane.

Knut Olav Furuseth from Hjellnes Consulting who has been a driving force in the project plans from scratch and a technical procurement manager says that it was completely open from start which upgrading technology they would choose. – We did not really know that much. The choice was between water wash technology or a amine process. Amin is known to have a high purity gas but requires heat in addition and it increases the cost of operation considerably, says Knut Olav Furuseth.  It has really been disproved that the water wash process would have much lower purity than the amine process. Today it´s constantly 98 to 98.5% biomethane produced.

What we produce today exceedes our expectations by far and we did not really expect it would go so well.

A new Malmberg Compact® GR 14 upgrading plant is ordered, which will double the current capacity. It is expected to be completed by summer 2017.

Having a high availability is essential for Den Magiske Fabrikken. Standing still is not really an option, but in the worst case there is a substrate buffer of 1000 m3 which lasts up to 48 hours of pretreatment fail. It costs about 50-100.000 NOK per day for a stand still. The operation of Malmberg upgrading plant has worked really well and has not encountered any major obstacles along the way.

One time every two weeks, perhaps, we call Malmberg Helpdesk mostly to discuss some symptoms that has come up and then jointly find out what the diagnosis should be to maintain levels.

Knut Olav Furuseth and Ivar Sörby agree on that in overall, the Malmberg delivery has been most professional. Everything has been expertly handled from procurement to implementation and now a well-functioning system. – The quality is outstanding, says Knut Olav Furuseth.

It’s not the cheapest but right now we do not want to be without it. It provides security and much can be checked before it is too late.

In Vestfold region a significant part of Norway’s crops is produced and the need for bio-fertilizer and biogas is great. Den Magiske Fabrikkens future is bright and is now planning for a line 3 to produce even more gas. The plant is ready to receive sewage sludge and organic waste from farming too. There are also plans to utilize the CO2 -flow from the process to a 10 hectare greenhouse. So it will be production of crops year-round! The feeling is real magic when future plans are presented and a great faith in the enormous environmental work created at Den Magiske Fabrikken. Many thanks from Malmberg for being a part of this!